I am new to OpenFL and Haxe .I am Phaser Developer . Can you please help in converting this simple touch flash file so that it acts as reference for my project conversions .

It would be very helpful if you help me in converting this File ASAP.

People already gave you a lot of information in your previous topic : Conversion of Flash game to Hmtl5

The file that you are trying to convert is pretty small, so if you really are a developer, you should know what has to be done. But, I’m a bit skeptical, after realizing that you can’t read compiler errors : TypeError: cl is not a constructor

Moreover, this is not the place to ask others to work for you, neither “ASAP”.
There is a “Jobs” section that you may check instead.

Well thanks for the reply. I have mentioned that I am phaser developer I hoped that some help would be given from community side. I even apologize cause the deadline is short.
Thanks for the help .I have removed the file access .
Admin can removed this thread

Please don’t feel bad about asking questions. In the future, using the same thread for similar questions is probably better, that’s all

I’ll send you a PM

@Sai_Raghava Hello again! Thank you for sharing your file!

I have it up and running here. It was quite simple, but I totally understand that these little differences are not something that would be obvious at first.

I got these five errors:

I did not include the as3hx haxelib in the project, but personally, I don’t use the as3hx Compat class, anyway. I’ll explain Float and Int in a moment, here’s the last two errors:

Float should be Int

Haxe does not allow Float to be converted implicitly to an Int. You have to either decide to keep it as a Float, or to use a method such as Std.int to opt-into potentially losing precision between the types. So in the above cases, event.stageX and event.stageY are Float values.

The alternative approach here is to change _destinationX and _destinationY to Float values. That is probably easiest, but I wanted to explain this. Last one:

You need the generate option to generate Haxe classes for the “Export for ActionScript” class names defined in your SWF. You may also need a -clean build if you have already performed a build using the same SWF file before.

Here’s a little screenshot of the project running: 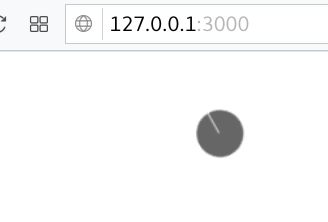 You can use the NPM release of OpenFL as well, if you prefer to use JavaScript, TypeScript or ActionScript

Have a great day

I want to use as3hx.Compat.parseInt in my project. My project is openfl project and I am converting as3 to html5. so how can you give me an advice to get rid of the issue like this (Error: Unresolved identifier). latest version of haxe/openfl/lime/as3hx

You can try adding this to your project.xml:

It looks like Compat.parseInt handles Int, Float and String types: