I have finally released my little match-3 game - Frostfire. 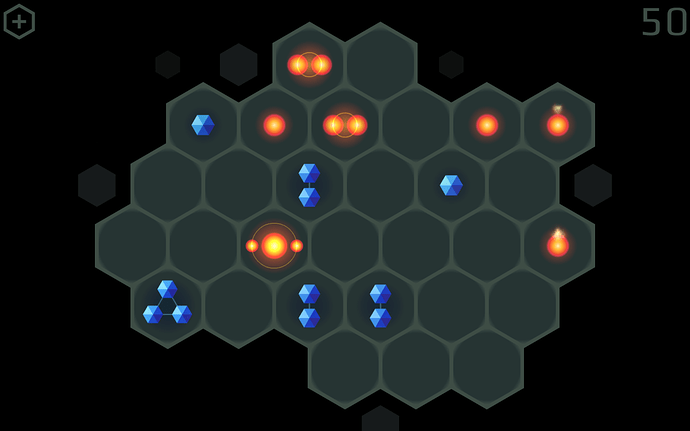 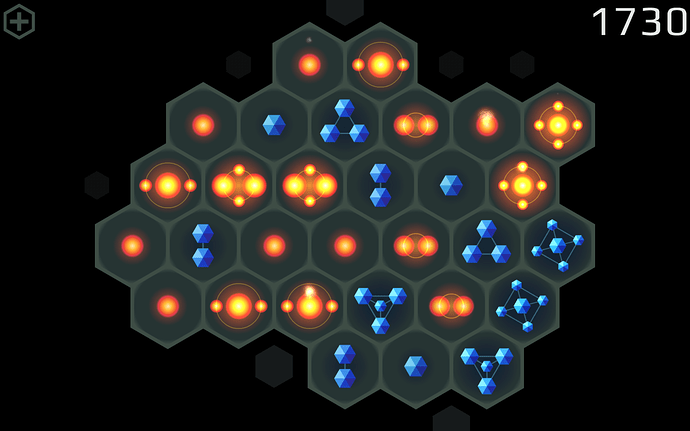 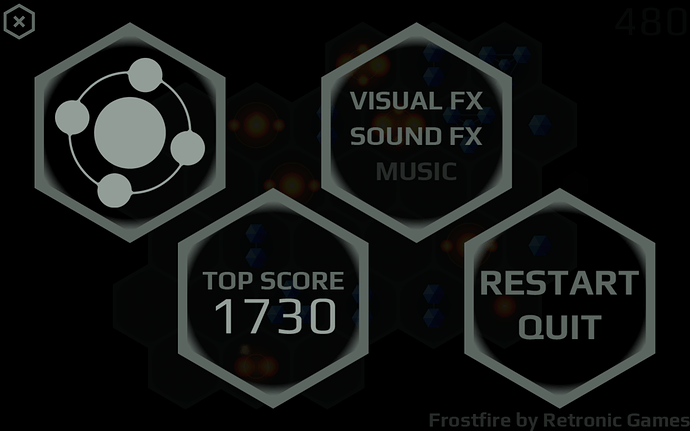 This is the “official” description:

To reach a higher score you need to match three or more similar chips (of the same element, fire or frost, and the same level), merging them into a single chip of the next level. You can move a chip by tapping it and then tapping its destination, provided that there is an unblocked path between these two locations. There are six levels of chips; the higher the level of matched chips, the more points you get. Merging three or more chips of the highest level (of any element) produces the final unremovable chip - Frostfire.

Each new game is played on a randomly generated hexagonal board, making the game less repeatable and sometimes more difficult.

The game is created using “pure” OpenFl - no engines, no extensions. I can’t say the process was fast and smooth tbh, I have spent much more time than I expected fixing weird bugs and crashes and trying different versions of openfl and lime. In the end almost all issues have been resolved, so here is the result.

Any feedback is wecome

And now it’s available on the App Store: 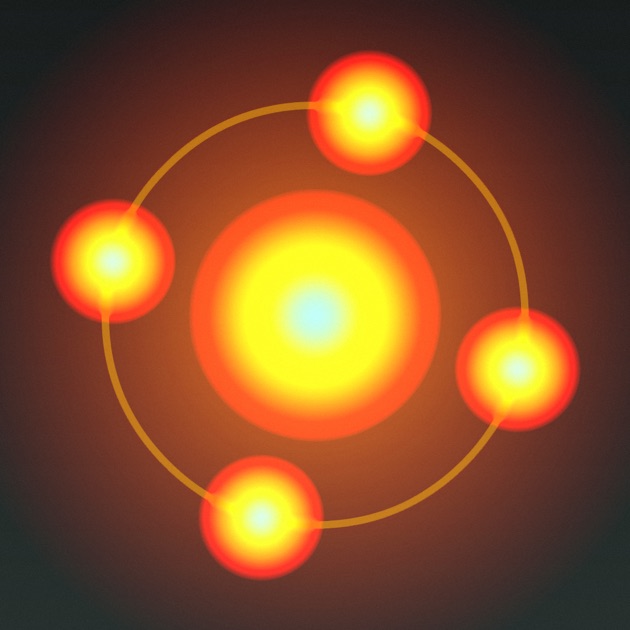 Frostfire on the App Store

You have the same problem as here:

Wrong screen size on Android after deactivation of app Help

When we start this app we have normal size (after two RESIZE events). Then we deactivate our app. And then we activate it again - but the app height is wrong (see the link below). I tested it on Sony Z3+ Dual, Android 6.0.1, Haxe 3.2.1, Lime 3.2.1, OpenFL 4.2.0. I’ve read several topics about similar problems and I’ve not solved my problem yet.

After reopening the app, it looks like this (Sony Z3+ Dual) : 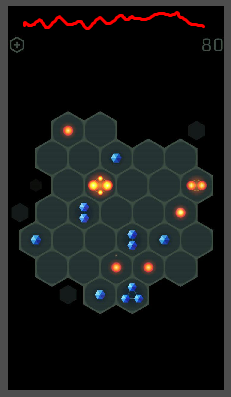 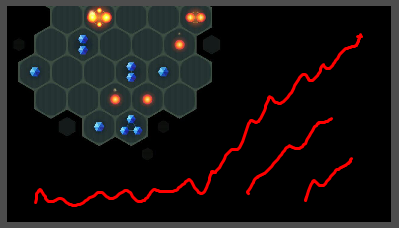 Yeah, that’s one of the issues I couldn’t resolve. What is weird is that touch areas are positioned correctly - e.g. you can’t open the menu by tapping the button where it is, but you can do it by tapping the screen above it where the button should be.

I didn’t get you about the orientation - it doesn’t rotate correctly for you?

Ouch, it’s new for me about touch areas.

I read in SDL 2.0.5 they fixed this? If someone can test Lime and OpenFL from the source, it would be great to hear if SDL 2.0.5 (I integrated it earlier today) works and resolves this problem

I’ve tried it just now) The problem witht the full screen cover is solved but I need additional research what happens to Event.RESIZE and stage.stageWidth property - looks like some troubles with TextFields when I print out logs to the screen with them (some part of the logs is lost).

Judging by the application behaviour it’s two Event.RESIZE on start - the first with 1776 px height (cropped) and the second with 1920 px height (full). It’s unpleasant but I can handle it with 100 ms delay in the beginning.