Having issues installing the ios audio extension by grapefrukt: 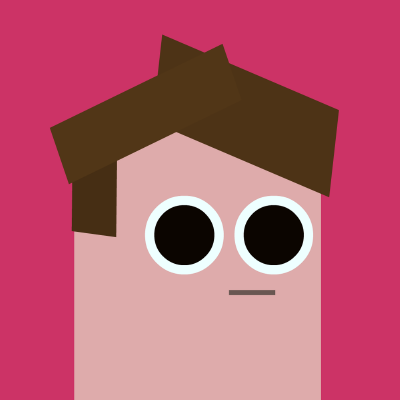 extension-ios-audio - An OpenFL extension that enables setting the iOS audio session as "ambient" to allow playback of external audio while playing a game.

I navigated to my haxelib folder, installed the extension as instructed, and rebuilt for ios. I also updated my dev path for it just to be safe.

I can actually include a reference to the extension in my project.xml just fine. But if I use the actual extension in code, I receive:

When compiling. I even tried the advice given here: http://www.openfl.org/archive/community/general-discussion/unknown-identifier-extension-what-can-i-do/
But encountered the same issue.

How are you trying to access the extension? Are you accessing extension.iosaudio.IOSAudio from Haxe, or are you including OpenFLIOSAudio.h in a C++ file?

I think I found it. The ndll is named “extension-ios-audio,” but IOSAudio.hx tries to read from a library named “iosaudio.”

To fix this, replace the first argument to Lib.load(), but leave the second alone. If this fixes it, submit a bug report.

Ah- are you saying I should just change the first argument from “iosaudio” to “ios-audio” …?
Or that I should rename the ndll’s themselves?

As for the other issue (that you replied to on github), I can’t reproduce that behavior anymore. I think it went away after I rebuilt the extension with lime.

Ah- are you saying I should just change the first argument from “iosaudio” to “ios-audio” …?Or that I should rename the ndll’s themselves?

Your choice; just make sure they match.

I changed the first Lib.load arguments to “ios-audio”, and rebuilt, but am now receiving the original error message again:

Sorry, I feel like this has to be something super simple but I just can’t wrap my head around the full path/procedure that extensions use to name and identify everything.

The problem is that at some point, the extension creator switched from “iosaudio” to “extension-ios-audio,” and they didn’t update all the references. This inconsistency causes errors, and the hyphens cause more errors.

To avoid any more issues like this, I suggest reverting to “iosaudio,” removing “extension-ios-audio” entirely. Update include.xml and Build.xml, and hopefully the error in Main.mm will go away. (It looks like that line is generated automatically, and my guess is, it’s based on include.xml.)

If that still doesn’t fix it, it’s time for drastic measures. Rename the haxelib project itself, including the path in the .dev file. Search for the string “extension-ios-audio,” and replace any instances you find. Clear the extension’s ndlls, rebuild the extension, and do a clean build of your project.

Followed all of your suggestions, short of renaming the extension itself. This time I made it all the way to the linking phase before xcode kicked me out and complained about the register_prims line.

Sending another tweet to the author to see if he can shed some light on this.

complained about the register_prims line

“_extensioniosaudio_register_prims” referenced from _main in Main.o
symbol(s) not found for architecture arm64

I’m getting paranoid now, like I changed the name of something else I shouldn’t have changed while trying to fix this. The author responded on twitter with “the version on github is what I compile and use with twofold, so it does work, but that might be for my specific set of versions”

@player_03, any chance you have tried to install this extension yourself? I’d hate to think I’m making some huge mistake on my part that otherwise wouldn’t happen.

“extension_ios_audio_register_prims” referenced from _main in Main.o
symbol(s) not found for architecture arm64

Sounds like you missed either include.xml or this line. The latter isn’t your fault: I didn’t mention it, and it wouldn’t have come up when searching for “extension-ios-audio” as I suggested.

The author responded on twitter with “the version on github is what I compile and use with twofold, so it does work, but that might be for my specific set of versions”

I’m not sure I believe that.

Calling Lib.load("iosaudio", ...) will load a library named libiosaudio.a. It won’t guess that the programmer meant libextension-ios-audio.a. Computers do not work that way.

They’d have to rename the ndlls by hand, but now that I look at it, that could be enough. It looks like Lime is smart enough to replace the hyphens automatically. (What version of Lime are you running? That line of code was added almost a year ago, and it ought to have prevented the “undeclared identifier” errors.)

If you really are using an older version, then you should be able to fix this by updating Lime, reverting to the official git repository, and renaming the ndlls. (You probably don’t need to rebuild the extension, since the ndlls are already built.)

@player_03, any chance you have tried to install this extension yourself?

Welp, I updated lime and was able to finally compile everything… but my app now crashes on startup with the message “primitive not found: lime_byte_array_init__4 Error Null Function Pointer”

I just did ‘haxelib update lime,’ was there anything I missed? Or is this some natural incompatibility with the old version of openfl?

I may have to cut my losses soon and set this aside. This is for a shipped product with a milestone deadline coming up in a couple of weeks : (

You probably need to update OpenFL too.

That’s what I was afraid of. I froze updates on this a while back to make sure I always had a stable version to work with.

I’m still a bit uneasy when it comes managing this stack of versions and dependencies.
If I update openFL and my game breaks, I can revert openFL with “haxelib set”, right?
Any other gotchas I need to be aware of?

If I update openFL and my game breaks, I can revert openFL with “haxelib set”, right?

Or instead of reverting, you can install a specific version of OpenFL and Lime:

That’s the earliest version of Lime that includes your fix, and the version of OpenFL that goes with it.

Any other gotchas I need to be aware of?

You’ll probably want to enable legacy mode, if it isn’t already. Add this to project.xml, above the line that imports OpenFL.