I continued translating some Elm examples and today I went through this element sorting/layout of an array of strings and I decided to represent them as TextFields because, they seem customizable and fit in a Sprite; however I am unable to render properly the text in Html5 or Neko; it always looks blurry and transform it to a bitmap makes it worse also in flash. AntiAlias makes some effects on Neko but also not really nice (I would not implement a text processor App in OpenFL).

See screenshot (left browser, down neko, right flash). For sure -dDom makes it better but I think it is not always a choice. 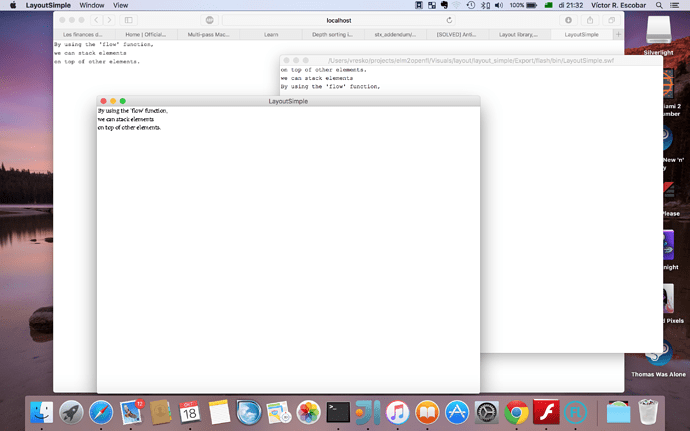 Here the code I used, which is short and I hope easy to follow:

Does any one has any idea trick or solution for that? Am I forced to use -Ddom to get a better text rendering on the browser? I still didn’t try native targets, I hope tomorrow I can try Android/iOS.

I just did a test with Courier New, embedded. Here is what I get: 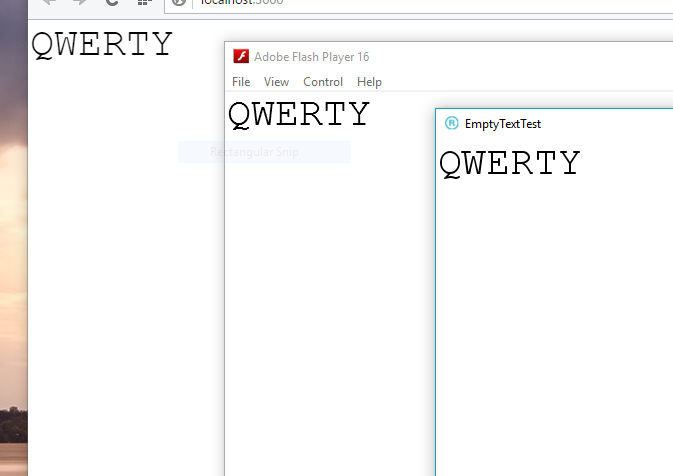 I also copied “cour.ttf” from my system into my assets directory. I’m not sure why it looks so different on your system. Perhaps the font is not embedded, perhaps it is being scaled?

Did you compile your Html5 with -Ddom?

Embedding the font makes it look a bit better but still far away from any other program I run on my computer which is kind of vanilla macos 10.11 el capitan. 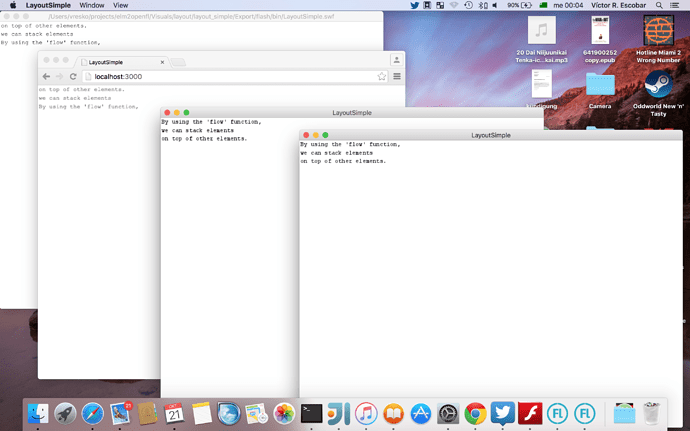 With size 40 it looks much better but that’s not the size I want, so if I scale to something smaller in neko and CPP looks almost as good as flash; in the other hand html5 becomes just unusable…

I use a retina display, and together with those scaling imrpovements I though it could it be that the density of pixels or DPI is detected wrong, the only I found on the topic is this API which in the comment speaks only about the Flash target:

Any idea? how can I verify my setup?

Yeah, I have a feeling this is related to retina resolution. I showed you what it looked like on my system – pretty consistent

There is an OS X retina fix in OpenFL on GIT right now, going out soon in a new release, it may be related?