I get the error

I have to write it like this, which is very long. How can I correct the previous code?

Perhaps you can use an “if” statement?

Yes, that is what I did ultimately. If Else becomes quite messy sometimes that’s why switch/case becomes preferrable.

I have to write it like this, which is very long.

If you’re using VSCode, there’s multiple things that hint at this - both foo variables are greyed out since they’re unused, and any case after the catch-all has a “This case is unused” warning: 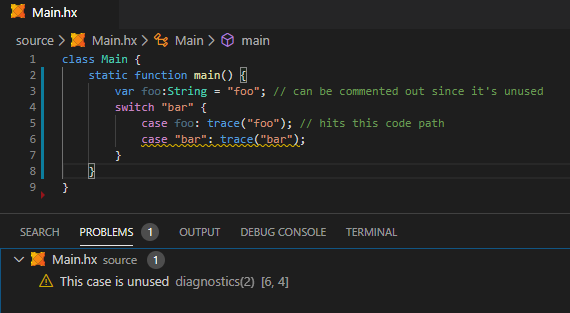