Problem with "Á" in TextField

Having this weird issue with a specific character getting pushed to the left.
The group on the right was compiled with openfl 6.2.0 and lime 5.6.0.
If I try to compile with anything higher than that I get the results on the left for that specific “Á”.

The one on the right does have too much space on the right side of the “Á” to it but the one on the left is just running away for some reason. I checked with some other combinations but didn’t get such a strange outcome in any of them.

We re-did our font support in Lime (visible by using OpenFL 6.2.1) in order to trust the positions given to us by a native language text layout engine. It should support combining characters and other complex layout features that didn’t used to be supported before. I wonder if it is combining these characters, or if something else is going on

The “combining characters” could also be very useful.

Yeah, I was surprised. “different” in one of the Starling TextField samples had a combining character in the chosen font, “ff” is rendered as a single glyph, according to the font. That was not what I was expecting, but that’s how the font is written

What font are you using? Would help to replicate here

Sent. Thanks for looking into it.

I tried your font with both lowercase and uppercase, first on HTML5, then native: 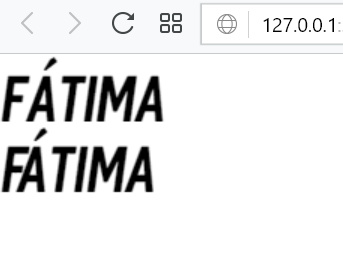 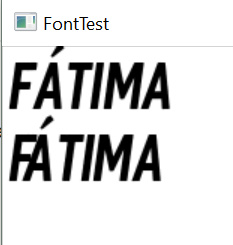 It looks like our native implementation is pretty close to how the font works in the web browser, so I think this is how the font simply works. Perhaps you can use caps in your TextField, which is the first version, rather than lowercase (which is the second line)?

I see. Uppercase for the win.
Thanks singmajesty.