I am running El Capitan. I installed openfl but when I run openfl I get “command not found”. When I run haxelib run openfl it works. Am I missing a step in the openfl install process? 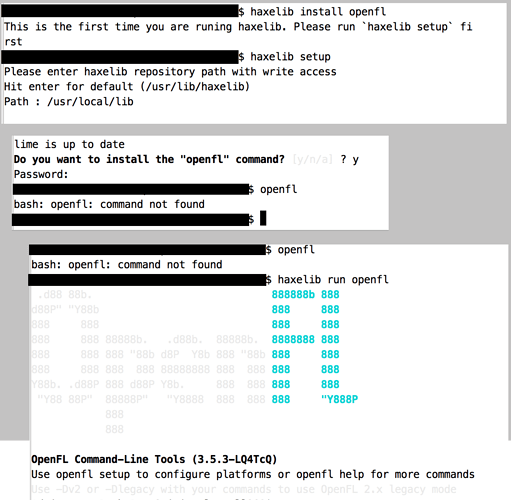 You forgot one simple step:

Type “y” and do the same for the following libraries.

After I type y it ask me to input a password and it stops after that.

It’s trying to create the openfl command in a folder that’s not writable starting with El Capitan.

You can answer no to Do you want to install the "openfl" command" and it’ll give you the instruction to do it by hand.
You’ll just have to change /usr/bin/ to /usr/local/bin/.

I thought it installed to “/usr/local/bin/openfl”, but perhaps if your Lime was older it would still have tried to use “/usr/bin”