All Hello! I am from Russia (Big country).
I am trying to write an app for Android using Haxe + Openfl.
This is my Main Class:

I am create some BitmapData and Bitmap for my background, for example:

When I move this Bitmap in update method, on windows target its look nice and smooth, but on Android phone every 2-3 seconds i see a mini Jerk. If bitmap moves slowly, the jerks are not visible, but the faster it moves, the more pronounced are jerks. But in between jerks everything moves smoothly.

This is how i move bitmap, for example:

In the end I removed everything in my app except the background and only move it. Anyway were jerks.

I am trying to use things something like this:

but it work even worse …

This is how my app look: 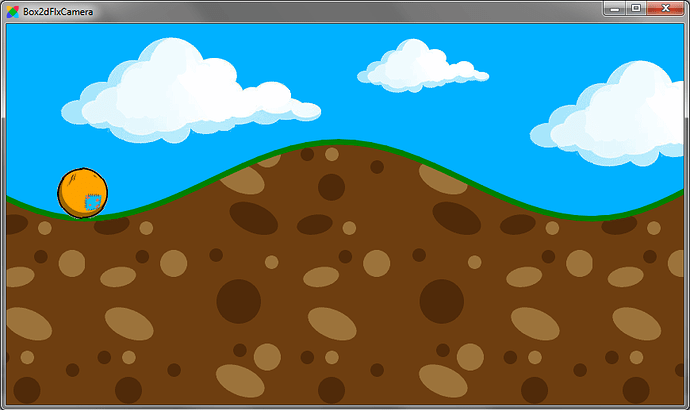 Is it a scrolling game and you’re creating a new bitmap every time you reach the edge of the screen? If so, maybe that’s where the jerks are happening…

Yes, its scrolling game, but i dont create many bitmaps. This is part of my code:

Just an idea but maybe it’s the sky.x = 0 that’s the problem.

No, this is not the exact code. My code is work fine on 480x360 devices! Problem maybe in size of textures or in something else

If I’m understanding this issue correctly, I am seeing the same sort of behavior via exporting to HTML (also with a scrolling background). I have many objects floating by (collectibles) and they all look fine except that every 3-5 seconds one or two out of a dozen will jerk a few pixels over while the rest remain in tact. It’s kind of noticeable but also kind of odd. My guess would be something in OpenFL. However I haven’t had time to do any thorough testing.

This could be when GC hits, do you handle deltaTime in your logic?

Not yet, but am planning too. Again calling out that if there are 20-something objects on screen scrolling by over the scrolling background, only 2-3 (random ones) will jerk. This sort of thing seems to occur every 5 seconds or so. If GC was the cause, wouldn’t the whole game jerk/ skip? But I certainly can report back after delta time is hooked up to see if that helped anything, Speaking of which (not to derail the topic), but is there any easy-to-use deltaTime var somewhere in openfl Lib? I know you track FPS, might be handy to track a DT variable.