today i’m bringing you a small library that get’s you the user language in the device. works on html5, android and iOS target. first lib i release in haxelib too

here is all the instructions: 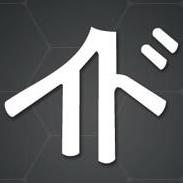 simple openfl lib to get the device language (supporting ios, android and html5 for now) - ipsilondev/devicelanguage

pretty straightforward and simple use

With love, from Ipsilon Developments Inc.

Would you be interested in contributing this to improvements to Capabilities.language?

no problem but i don’t know how is the structure in the core of openFL to integrate native code (where i should write it or integrate the java and objective-c code), unfortunately, for android and iOS requires native code to get the locale.

Native code goes into Lime, so we would just decide where that goes, perhaps lime.system.System.languageCode or something