If I use npm for openfl, will haxe install in each node_modules folder?

My concern is that this folder itself is too big and takes up much space on harddisk.

Right now I am not using npm and haxe is globally installed so it’s not an issue. 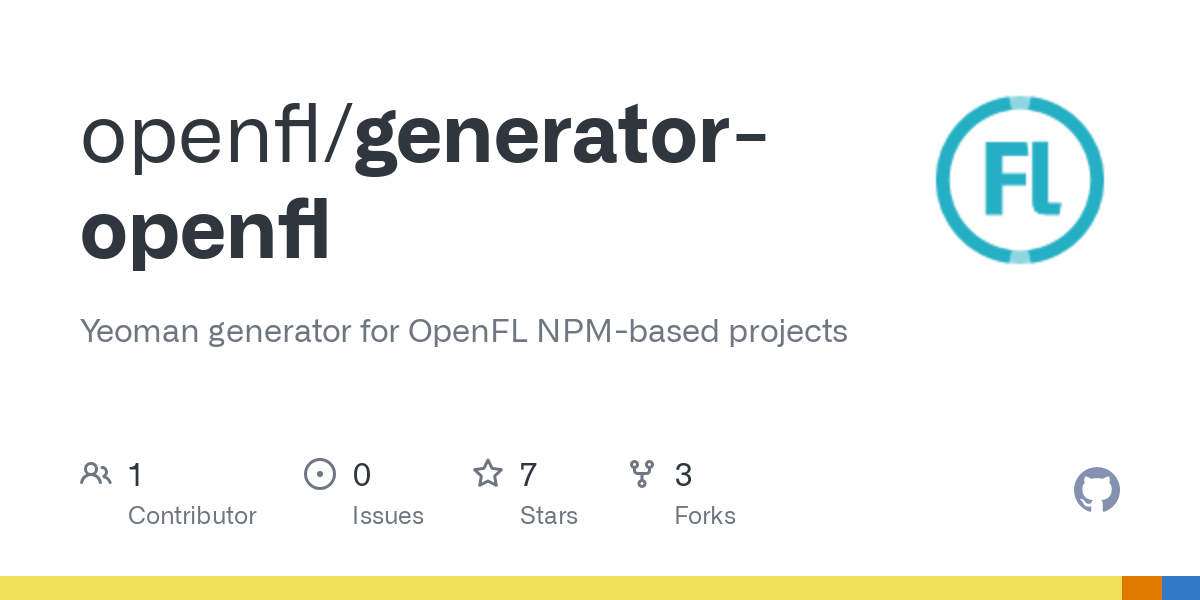 Yeoman generator for OpenFL NPM-based projects. Contribute to openfl/generator-openfl development by creating an account on GitHub.

However now my question is - What happened to project.xml ? How would I use it while using npm?