@singmajesty
I think OpenFl need a power ui editor to become more popular.Such as Godot or Unity3d or Flash UI IDE.
they are popular ,and have the same wonderful UI editor work with coding. it is hard to do it ,but I think
openfl need it to became most popular framework.

You can already use OpenFL with Animate CC. (Animate is the new name for Flash.)

So Stencyl use haxe?

I really have to pitch in for the use of Adobe Animate here. I think its a great ui tool to use with OpenFL.
Most features works out of the box, and it can be extended to the extra functions you need.
Its one of the better UI tools out there as long as you use it in a good way!

I have try Stencyl today.but it cannot coding with haxe. if cc is the best one which work fine with openfl ,we should make some totur vedio in youtobe.lots of people donot know about it.

I have try Stencyl today.but it cannot coding with haxe.

Are you sure about that?

sorry,I found that
’Write Code if you want
Power users can create and share their own blocks, extend the engine through code, import libraries and write their own custom classes that interact seamlessly with block-based Behaviors.'in the home page.
is it can work fine with my old openfl project?

Stencyl isn’t designed to import existing projects. In theory it could work, but you’d have to restructure your project first.

In your case, it sounds like Animate is a much better choice. You’ll still have to make changes to make it work with your project, but not as many changes.

@player_03 Thank you! I will try to using animate cc first,today.

I thought I might mention some alternatives. In the past I tried to use various software packages as level editors, and level editors are not always that different to UI editors.

Great for advances meta data and 3D. IT also has 2D shape tools and bezier cubes that you can export to various 2d formats that you can parse in haxe. Your best bet would be the collada file format as it’s just XML and can also describe non polygon objects like helpers, cameras,… Blender can be extended and customized with Python scripting. 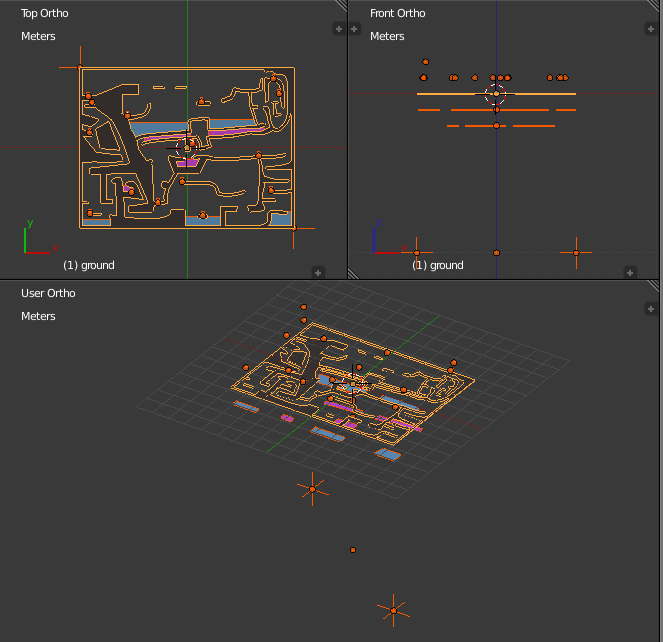 Another open source one. Its main format is SVG which again is rather easy to parse. You can also use Adobe Animate to export svg’s it’s svg data is usually more clean than ink scapes or illustrator’s. 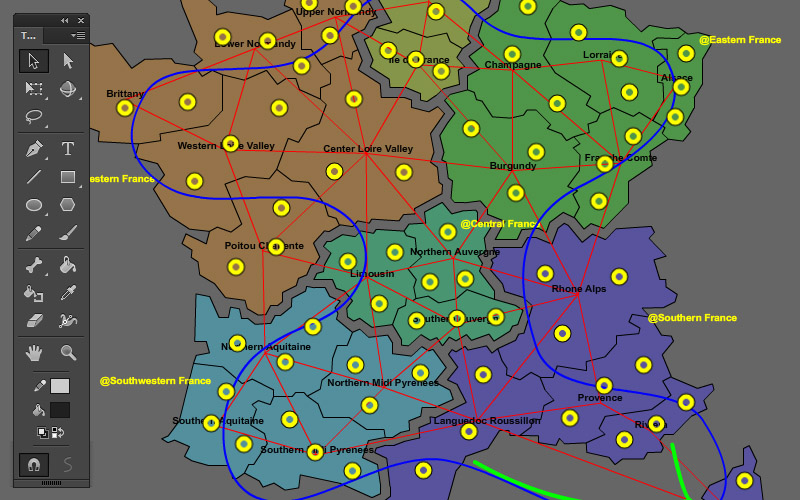 Unity again is available as a free version as well. You could lay out or UI using their liquid 2D editor. Obviously for this workflow you might need to write and editor script (c#) to generate e.g. text assets for exporting the structure and meta data. I have done this a few years ago for a starling game for its levels since flash is not sophisticated enough for more complex meta data.

But of course as many people have said, Adobe Animate is pretty good for vector layouts and containers with affine transformations. Adobe actually worked on their documentation for Editor scripts (JSFL) but that was still for Flash back then. Now with the Adobe Animate branding they move a bit more away from developers again.
You can find more information on how to add your own scripts, export formats or editor panels at:
https://helpx.adobe.com/animate/using/enabling-support-custom-platforms2.html


I hope that many of those documentations are still valid as Adobe is not really doing a great support for Developers with their Adobe Animate package.
2 Likes
hpgood1 June 24, 2017, 4:17pm #11

thank you @renderhjs. the experence is good for me.

Animat cc can do animation well ,but only support mp3 or wav sound format .and can not export to openfl with mp3 or ogg or wav. also video has the same problem .I hade try to write share as3 code in animate cc ,and copy to openfl as hscript ,control the animates of export by animate cc .the share code look like as2 style.
for now .we must use some other ui / level editor tool work with openfl together.and their alway do not strong support openfl. and the new one alway dont learn so many tool and spent time to choose.
I think openfl need openfl 's ui 2d/3d editor(strong support openfl) in future.

For a 3D editor, take a look at Armory. (Note: it’s for Kha rather than OpenFL, and it isn’t complete yet.)

OpenFL… still doesn’t have an editor?.. Is everyone still using the Adobe Animate workflow? Or is everyone really setting up their scenes manually?

Or did everyone run to other engines with editors, that-that-shall-not-be-named?

I use Animate, though I’m totally open to hearing how other people work

The MovieClip “Timeline” feature is a push for us to help support broader editor choices. If there’s a tool that lets you lay out two objects and store the relationship between each other (positions, scale, alpha, etc) and export that in a sane way, I’m all ears

EDIT: There’s a user on Discord who is writing his own editor, I’m sure there are options I don’t know?

Did somebody try https://github.com/manjav/canvas ?
I think it may be a good start