How to have efficient "old school" effect

I want to make this big pixel old school effect with openfl.

Untill now, I used to simply draw everything on a bitmap and then scaling it by 3 or 4.
But now i’m concerned by the fact this method does not use the gpu (I think).
I think everything is done on the cpu as it is only bitmap blitting.

i want to be able to rotate, scale, and add a lot off particles so that’s why i’m concerned about performances.

So, my question is, is there a way to disable anti-aliasing, reduce the backbuffer resolution , and then scale it to get an old shcool rendering ?

I tried somthing with the webgl export, scaling the game via css, and get big pixels, but i didn’t not found a wey to disable anti aliasing so it’s a bit awful.

So, does anyone know a better way to do it ?
Thanks!

On some targets, you can set <window antialiasing="0" />.

As for GPU-based scaling, have you tried Tilesheet? Alternately, HaxeFlixel has what I assume is an efficient implementation.

+1 for HaxeFlixel, which is basically made for that kind of stuff… 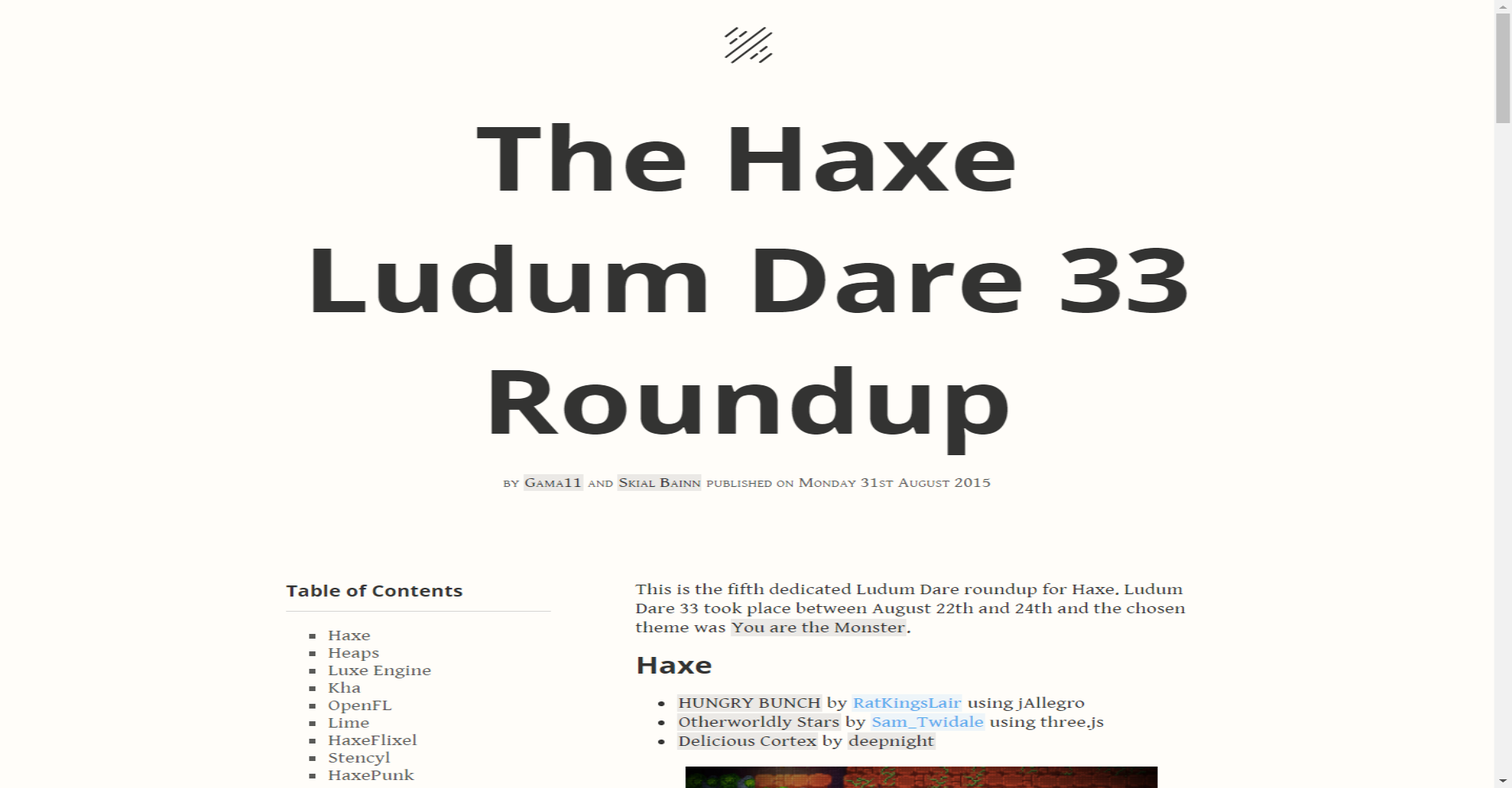 This is the fifth dedicated Ludum Dare roundup for Haxe. Ludum Dare 33 took place between August 22th and 24th and the chosen theme was You are the Monster.

If you are targeting HTML5, you should be able to create your own <canvas /> element, and use that in the openfl.embed script in the HTML template.

Create a templates/html/index.html file, add <template path="templates" /> and then you can customize your own HTML page to work as you want. When you point to a canvas element, I think it (may?) disable the resizing code within OpenFL and Lime, so you can use CSS to scale it up as you want