Hi,
I know this is a naive and noob question, but maybe someone could help me take a decision:
I want to create pixel-graphic-centric games, and I know 2 frameworks that are voted to this kind of games, HaxePunk and HaxeFlixel. I think there are others, you can suggest them.
What I’d like to know is: what are the pro and cons you know about these frameworks? I have seen the feature list, but can’t decide, maybe your experience can be useful.

P.S.: current HaxePunk works on the latest Openfl/Lime, HaxeFlixel not (but I hope this will change soon), is this important for the decision?

Ability to use latest openfl / lime is important, and HaxeFlixel is on its way to support the latest openfl. So far the best choice for me is HaxePunk or Starling.

Starling for pixel graphic?
HaxePunk has some special feature better than Flixel or you are considering Openfl version only?

Theres Stencyl as well, depending how much code you want to write. Its not free though.

You are just going to have to lay the requirements of Y-O-U-R project side-by-side with the technical features of each framework candidate in turn, perhaps by attempting a short “proof of concept” experiment in each.   Try to guess what things might turn out to be “show stoppers.”   There is simply no definite, easy, nor categorical answer.   It “110% depends” on Y-O-U-R project.

As of a couple years ago when I last tried them, HaxeFlixel had more features and arguably better physics. On the other hand, HaxePunk advertises itself as more general-purpose than HaxeFlixel (which is kind of geared towards platformers). Maybe it would be the better choice for a point-and-click adventure, or some other genre.

Regarding physics: HaxeFlixel only handled rectangular shapes, but it handled them well. HaxePunk handled more shapes, but its only method of collision resolution was “the object moves back to its previous location.” (So if you wanted your character to walk on a surface, tough luck.) That said, it’s pretty much a moot point. If you want physics, you can and should use a dedicated physics library like Nape (or roll your own engine with the features you need).

Honestly I gave up on them when I realized that neither one provided any advantage over my own existing code. (But since I gave them up, my impressions may not be up to date. Oh well.)

Interesting points, thank you @player_03! Looking at the latest feature updates of Flixel it looks like it is very strong with physics (but they will arrive when Flixel will jump on the new libs…).

@sundialservices: this is why I wrote “naive and noob question”. I just wanted to know if you have experiences and suggestions to share, I perfectly know that each project is different, but it is also true that looking at the frameworks features it is pretty difficult to understand what they are really capable of.
The proof-of-concept/prototyping method is maybe the best choice, but taking 2 (or more) frameworks is time-consuming, and being alone I prefer to listen to others experiences before embarking on such a trip: experiences are often very valuable, and it is very useful sharing them

@meowman9000: I got Stencyl in a bundle, but I don’t really like that approach.

@siauw: why did you say that Punk is better? I used Starling in the past, I know the potential, but for now I’d like a framework that offers some templates to speedup the start. If I had the time to implement everything myself I think I would take on Starling.

Feature wise, I don’t really think haxepunk would be a better choice than flixel, since once again, it really depends on what features you need available on both engine.

But having the latest support of openfl/lime is really important for your game if you ever find a really showstopper because of some kind of bug that’s already fixed in latest github version, but you’re stuck with openfl 3.6.1 and lime 2.9.1. Of course you can always find a fix by yourself or if the community is kind enough to work on a fix together. But other than that, I don’t think that Joshua will continue on fixing deprecated openfl and lime.

The latest news is that flixel is still not supporting latest openfl/lime, and it’s still questionable when will it be finished, since the new Tilemap API doesn’t have all the features that flixel needs.

The HaxeFlixel team has a different approach they prefer over drawTiles compatibility or Tilemap. No one is waiting for additional Tilemap features

So, what are they waiting for? Maybe I don’t understand where the problem is… I thought they were simply waiting to have a very stable version.

I personnaly like Starling (no limitations) and Nape for physics.
Using tiled map editor for map shape physics and positionning things is working too.
You can totally use Starling for a pixelart game, I don’t see any problem with that, I’ve been using it for many games.
If you’re looking for some templates to speed up the process and make let’s say a plateformer, I would consider that with Nape and an editor like Tiled map, that’s almost what you have… I mean with physics and an editor to create maps, it’s about all of what you would need.

So, what are they waiting for? Maybe I don’t understand where the problem is… I thought they were simply waiting to have a very stable version.

HaxeFlixel has been out of sync with OpenFL since OpenFL 4, it still requires OpenFL 3. You can read a bit about the progress on the OpenFL 6 upgrade related ticket:

You can either try the official dev version - or try the one that Hugh released. Hugh posted the link on the forum somewhere. 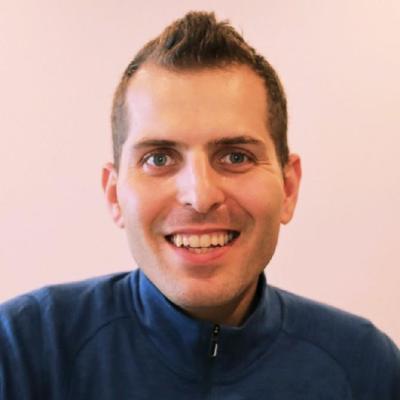 flixel - HaxeFlixel is a 2D game framework built with OpenFL and Haxe that delivers cross platform games, completely free for personal or commercial use. It is an evolution and extension of the ope...