Hi there.
I installed the NDK, SDK, Ant, and had a jdk (1.8) floating around. ‘openfl setup android’ didn’t give me any errors. However, when I compile for android in FlashDevelop, it says:

'arm-linux-androideabi-g++' is not recognized as an internal or external command, operable program or batch file. Error: Could not create PCH Build halted with errors.

a search for ‘arm-linux-androideabi’ returns a file with lots of .o files, but nothing mentioning g++. By the way, my C++ compiler is MinGW, and of course doesn’t mention linux or android. I also tried compiling with ‘openfl build android’, but it gave me the first result. So after lots of online searching, I tried to compile my project on the command line using ‘lime build android -emulator’.

I run in the same problem. Try to find solution (I read almost all posts about this issue ) to compile it to Android but without success. I’m not sure where to start? I will really appreciate if someone can guide us to find solution for this problem. Thanks. 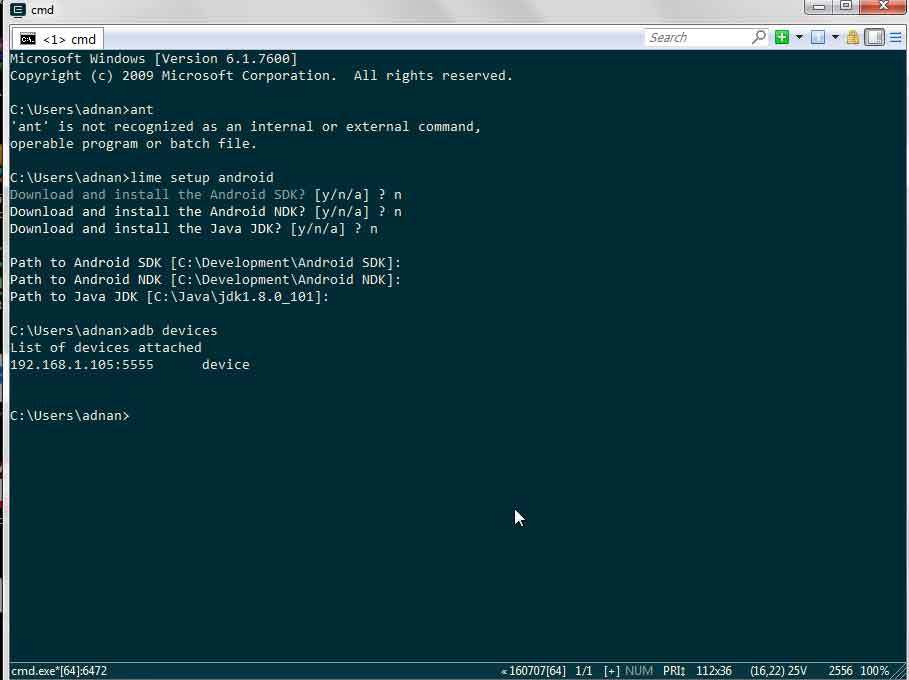 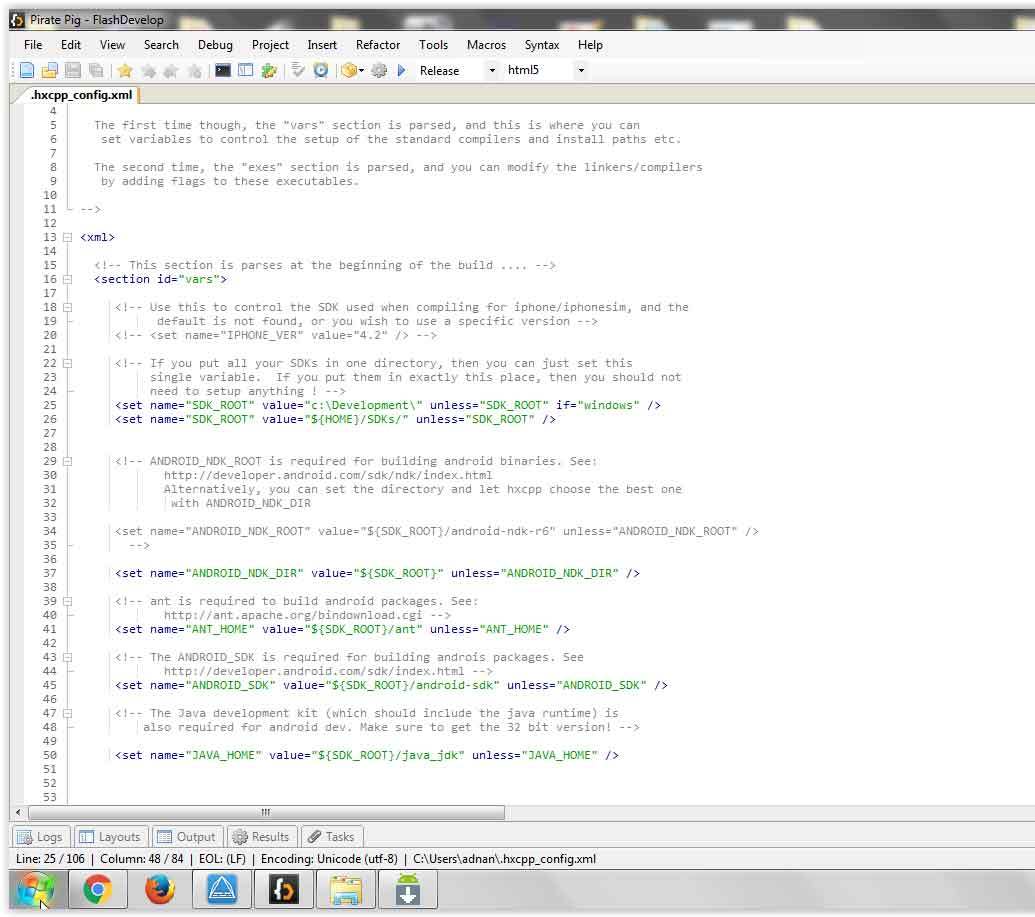 Sorry that openfl setup and the instructions are not necessarily up-to-date, this changed recently with the move from Ant to Gradle for Android builds

Thanks for your quick reply. I’ve just been sticking with what it says in http://www.openfl.org/learn/docs/advanced-setup/android/ I’ll try updating the NDK and Java 8 and see if that fixes the problem. Should I still be using API 16?

Alright, I installed Gradle and it appears to be working. I downloaded the API 25 (I had API 19 installed before), but I still get the same errors.

On a different note, I found another installation of the SDK and NDK in my program files. ‘arm-linux-androidebi-g++.exe’ is there, hopefully where it’s supposed to be. I DID run ‘openfl setup android’ and changed the paths, but I STILL get the error that the file isn’t found.

That was it. Deleted and ran setup again, worked like a charm. Thanks a ton!

I still don’t get it what’s wrong in my configuration:
hxcpp_config 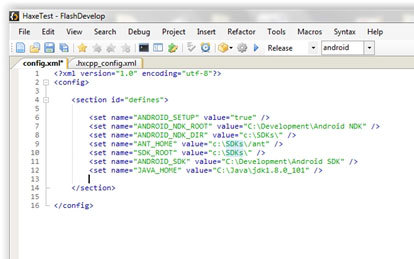 Whatever I change, result is always the same:
‘arm-linux-androideabi-g++’ is not recognized as an internal or external command…

OK, I solve problem by downloading new version of Android NDK (android-ndk-r13b) from official site. Update lime paths and that is it. Successful build and run on android.

Hi, i have a similar problem because i trying to update the sdk ndk and java like lime told… i install all from the android studio and put the respective path for each one of them and i already look into the file .hxcpp_config.xml and change the folders too … i dont now what to do… i am getting this error with a example of openfl: 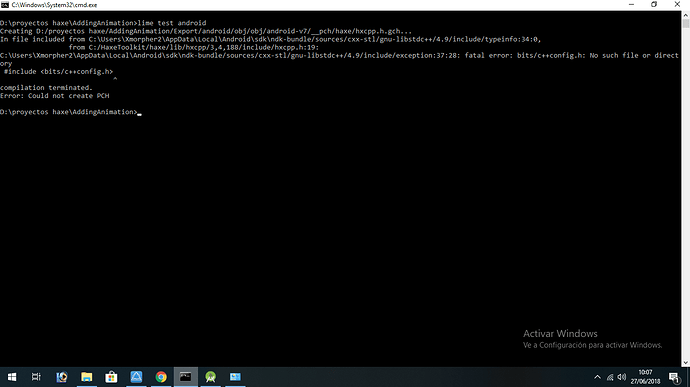 I have the same issue. Same error.

On Mac and used Android Studio

This fixed it for me :
Android NDK, Revision 15c (July 2017)
https://developer.android.com/ndk/downloads/older_releases?hl=ko#ndk-15c-downloads

Also be sure these file match for SDK and NDK paths
Files:
.hxcpp_config.xml
.lime/config.xml
XML nodes:

Note: lime config is another way to edit your ~/.lime/config.xml file

EDIT: If ~/.hxcpp_config.xml has ANDROID_NDK_ROOT, it takes preference at the C++ compilation stage, so either you need to remove it from that file, or make sure it reflects the correct NDK value, like your Lime config file

Hello,
i am having a similar issue.
when runninh openfl test android
im am getting
sh: arm-linux-androideabi-g++: command not found **Error:** **Could not create PCH**

my ndk is v20
all the paths in the configs are correct.
Any ideas?

HXCPP currently expects a GCC toolchain which was removed from the newer NDKs. I tried adding clang support but it needs a little bit more work before it will work https://github.com/HaxeFoundation/hxcpp/pull/707