I’ve got a problem where after assigning a large bitmap from assets to a TileSheet I copypixel some dynamic frames in - for level specific stuff (players, bg furniture) , and if these extra bits are too large they appear ‘smeared’. (see pic)

I bet there’s a really obvious solution to this ! Can anyone tell me what it is ?

The only thing I can think of is to have multiple TileSheets - but I thought that might slow things down. 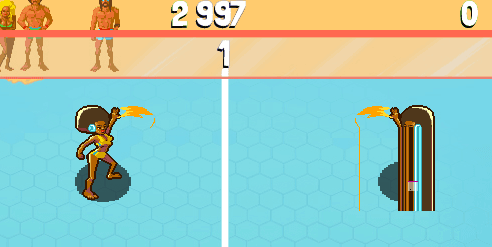 Not sure what the actual problem is but this looks like a problem with UV’s. I know that doesn’t help but maybe it’s a hint to someone who has a better idea of what’s going on

OpenFL seems to be using medium precision for pixel shaders on non-desktop targets, which shouldn’t be enough for 4096x4096 texture. Some GPUs always use highp ignoring precision settings, though.

Also, you could try using debugging tools like WebGL Inspector or gDEBugger to see what’s going on.

Are you sure you’re making the rectangles the right size for the images you’re dynamically adding? And are you sure they’re being put in the right spot. If they aren’t I could see how this might happen with the UVs. Take a look at https://open.gl/textures it might help you understand whats happening