There is a weird problem with TextField on Android when I’m using extended latin chars in a text. If such char appears in a line then some words are off to the left or to the right overlapping other words. I’ve noticed that logcat traces some of those chars with two letters so maybe the renderer does calculations based on decoded chars.
I’m using latest OpenFL and Lime.

You need to use -Dunifill flag to support utf8, but it does not work with text input at the moment. Try this branch if you need input

I tried that tag but the result is the same. Here is what I get: 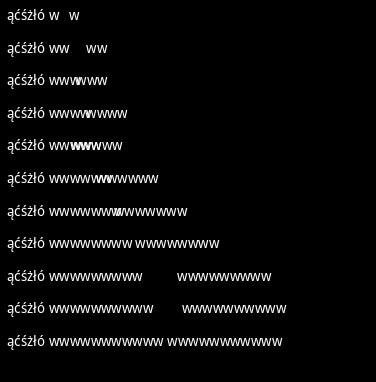 I add text to the TextField and with every line I just increase the number of 'w’s. The result is hard for me to understand.

I believe we have unifill integrated in the current development version of Lime, perhaps the last release

Hello. Please help me. I’m having same problem with displaying non-Latin text in the Android platform. When compiling in a flash, problems do not arise.

As you can see in the version for flash everything is fine. 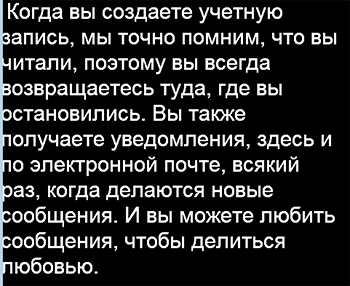 In the version for Android the text is transferred incorrectly and some words are cut off on the right.

Sometimes words creep on each other.
When I use the English text, everything is ok.

Yeah, it looks like it isn’t catching a line break on the first line, when it should. This seems like a more complex issue with text layout. We have plans to update Harfbuzz (which we use internally) to resolve some minor issues like this.