Hello to OpenFL community! I’m trying to make a build for android… It successfully compiles from command line, but when I run it on my device (Samsung Galaxy S3) or from emulator, it don’t even want to launch, immediately crashes.
When I’m making a build with a flag -Dlegacy, that problem disappears, but I get another problem - all my images, that were drawn through bitmapData appears totally black. I’ve found a thread on the forum, but it wasn’t help…

I’ve just tested android build of PiratePig. The same problem - all images are black with and without -Dlegacy flag on…

Can you copy & paste the logcat of your game trying to run on your device?

to be honest I’m totally new in android dev and never used logcat before. I’ll try to setup it and get a log…

Okay, I’ve got a logcat file, you can see it here - https://drive.google.com/open?id=0B-vvCKn4g9p4UVJYcXFDcENZdk0
But with my quick look I didn’t notice anything that turns bitmaps into black in all projects, even in official samples… Maybe you’ll find any clue there…

I wonder if its related to this?

I get the same problem even in emulators. All bitmaps are black. Standard graphics drawing shapes works well by the way… When I start PiratePig I only hear sounds of how I playing in the darkness…

Oh, legacy is black. Hmm. Can you try any samples and see if they work on your device without legacy, without crashing? DisplayingABitmap?

Just built and tested DisplayingABitmap. Problem still there. Here is a screenshot - 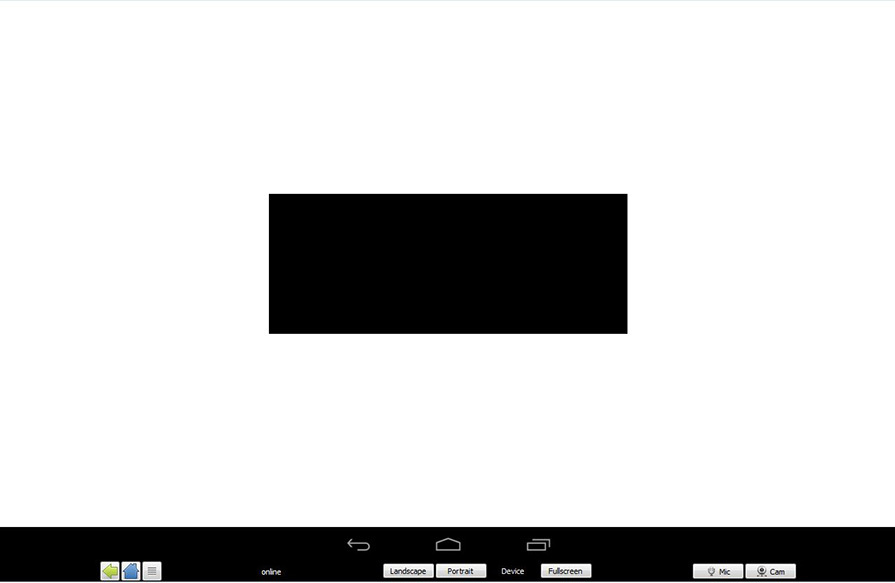 EDIT: This is without -Dlegacy mode

Also same thing with -Dlegacy on…

Oh no, I’ve tested DispayingABitmap on my real device Galaxy S3 and it works… But the problem still has its mystery - why my project bitmaps are black in sim and in real device…

Amazing, it works. It perfectly builds without -Dlegacy mode and works on a real device. Today in the morning I’ve tested the app that were built with an older OpenFL and Lime versions. Bitmaps were black both on sim and s3. After that I’ve installed new Lime and OpenFL and tested only in sim. But this problem happens to be resolved on s3 with a newer api.
This question can be closed.

Also I found another problem with android… When I trying to get Reflect.fields(obj); it shows all properties of that objects, but when I calling Reflect.has(“someField”) android returns false, but in Flash and Html5 it’s true…