3D Globe with markers and tracks

Hello,
I am supposed to make a 3D Globe that will work like webglearth http://webglearth.com.
This can of course be done by running that system inside a webview but having it natively would be a big plus.
Does anyone here know if something similar exists already?
Thanks!

Have you seen the “Globe” sample for Away3D?

Away3D sample projects. Contribute to openfl/away3d-samples development by creating an account on GitHub. 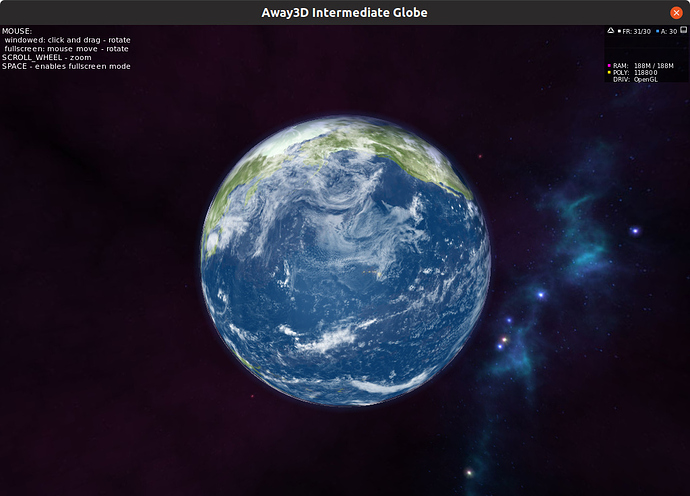 Yes, I tried that, however I need the zoom functionality and being able to load vector map tiles from a server.

Yep, thanks that is whats to be achieved.
But before I try develop that non-trivial function I try to see if something like it already exists, especially since the tiles come as pbf files.

Not sure about the PBF files, I think you may need to write an importer for that, you may find something javascript, irrespective of that if you are using webgl you will need to convert to power of 2 dimensions.

The navigation is pretty straightforward once you have implemented Away3d, I implemented a 3D globe with satellite 2D icons using a view3D with stage3DProxy. A camera and perspective lens controlled by a hovercontroller, looking at the globe.

The mouse can then affect the hovercontroller panAngle, tiltAngle and distance. If the globe is in a Object3DContainer that can be set to rotate onEnterFrame.